BBC Music Awards
The BBC Music Awards are the BBC's inaugural pop music awards, first held in December 2014, as a celebration of the musical achievements over the past 12 months. The live award ceremony, broadcast simultaneously across BBC One, BBC Radio 1 and BBC Radio 2, was held at London's Earl's Court on 11 December 2014 and presented by BBC Radio's Chris Evans and Fearne Cotton. In its second year, it was held in Birmingham at the Genting Arena. 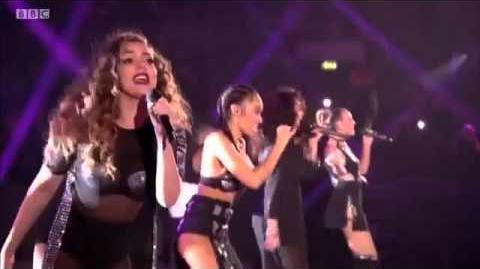 Retrieved from "https://littlemix.fandom.com/wiki/BBC_Music_Awards?oldid=37702"
Community content is available under CC-BY-SA unless otherwise noted.