DNA is the debut album by British girl group Little Mix. The album was released on 19 November 2012 via Syco. The group began work recording the album in December 2011 and concluded in September 2012.

Shortly after Little Mix won the eighth series of The X Factor, both Gary Barlow and Biff Stannard were rumoured to be writing songs for the group's debut studio album. On 25 January 2012, the group made an appearance at the National Television Awards, and performed the En Vogue song "Don't Let Go (Love)". They also accompanied The X Factor judges Barlow and Tulisa Contostavlos on stage to receive the Best Talent Show award won by the program. During an interview backstage, the group confirmed that they themselves had been writing material for their debut album, however had not yet received any input from Gary Barlow; and that plans to release their next single in March of that year were underway. It was announced, shortly after, that the release of the single had been delayed, and would now not be released until August. 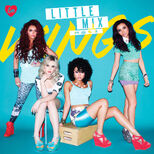 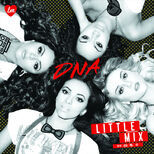 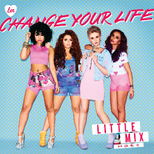 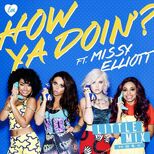 DNA has peaked in the top 10 of eight countries worldwide, including the UK where it peaked at #3, Australia and Italy. It has gone on to become the highest charting debut-week entry in the US from an album by a British girl group, whilst selling over 50,000 copies, as well as the first debut album from a British girl group in the US to debut in the top 5, after it placed 4th on the 5 June Billboard 200 album chart, behind Daft Punk, Alice in Chains and John Fogerty, beating the record previously held by the Spice Girls' debut album Spice which debuted at number 6 but later went on to number 1. On digital sales alone, "DNA" was second in the charts. "DNA" has sold 100,000 copies in the US and 10,305 copies in Canada.

The DNA Tour was launched in support of Little Mix's debut album 'DNA'. The tour was announced on 3 September after the girls got to number one with their debut single 'Wings'. A full list of dates were announced on 4 September. A fan Pre-sale was released on 6 September with general sale on the 8th. The tour started on 25 January and ended on 24 February. The tour consisted of dates in England, Scotland, Wales and Northern Ireland. The setlist included songs from the band's debut studio album: DNA as well as covers and medleys.

Retrieved from "https://littlemix.fandom.com/wiki/DNA_(album)?oldid=42443"
Community content is available under CC-BY-SA unless otherwise noted.