On October 7, 2017, Little Mix announced a reissue of their album Glory Days on their twitter account. It was released on November 24, 2017.[1] The group had been writing music for the rerelease with Electric duo Edvard Erfjord and Henrik Michelsen. [2]

The tracklist for the reissue was revealed on October 17, 2017 via the group's social media platforms. It was available to pre-order on October 20, 2017.

The Summer Hits Tour is embarked by Little Mix in the support of the re-issue. The tour will begin on 6th July, 2018 in Hove, East Sussex, England, and will end on 29 July, 2018 in Inverness, Scotland. Concerts and the ticket launch were announced on 27 November, 2017 on the girlgroup's Twitter. This is Little Mix's first stadium tour. 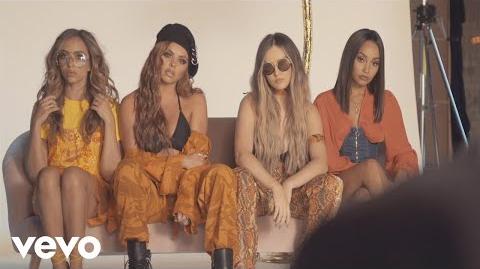 Retrieved from "https://littlemix.fandom.com/wiki/Glory_Days:_The_Platinum_Edition?oldid=42438"
Community content is available under CC-BY-SA unless otherwise noted.