mtvema.com
The MTV Europe Music Awards (commonly abbreviated as the MTV EMAs) is a European award show to honour artists and music in pop culture and a reflection of the international and continental music scene.

Little Mix performed Woman Like Me with Nicki Minaj at the show on November 4, 2018. They also won the award for Best UK & Ireland Act. 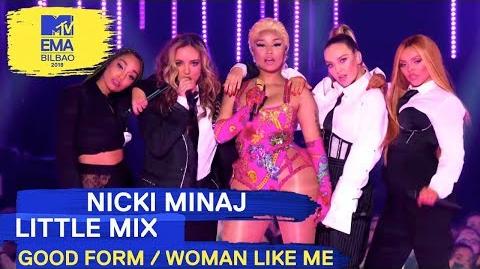 Retrieved from "https://littlemix.fandom.com/wiki/MTV_Europe_Music_Awards?oldid=39377"
Community content is available under CC-BY-SA unless otherwise noted.