Salute is the second studio album by British girl group Little Mix. It was released on 11 November 2013 via Syco and Columbia Records. The group began work recording the album in June 2012 and concluded in September 2013. Throughout the recording process, Little Mix worked with several producers, including TMS, Future Cut, Fred Ball, Duvall and Jimmy Jam and Terry Lewis.

In an interview with Digital Spy in March 2013, Little Mix stated that their second album would have a more R&B sound. Band member Jesy Nelson added: "I personally want to put a lot more dancey stuff in there. As in, one of the songs that comes on in a club that makes you want to dance. Not that David Guetta sound, but more R&B – a bit like Eve and Gwen Stefani's "Let Me Blow Ya Mind". They also revealed that they would be starting to write material for the new album in the coming months. On 4 October, Little Mix uploaded a video to their official YouTube page, announcing that their second album would be called Salute and would be available for pre-order on 7 October. The album was released on 11 November 2013 in the UK and on 4 February 2014 in the US.

Jade tweeted a hand-drawn wordsearch to the group’s four million followers, saying it included the name of the album, and the band was quickly inundated with excited responses.Leigh-Anne then tweeted: “YAYYY You can pre-order Salute on Monday! If you like Move you’ll love it – we can’t wait for you to hear.” Jade then tweeted another wordsearch which revealed the tracklisting of the album, which features 12 tracks, most of which have been written by the girls themselves. 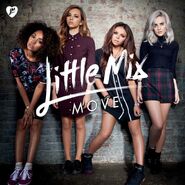 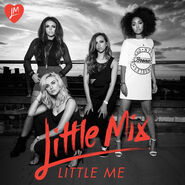 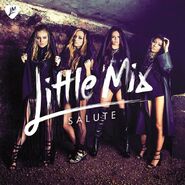 The Salute Tour was launched in support of Little Mix's second album Salute. The tour marked the first time Little Mix will headline arenas. The European leg of the tour started on May 16, 2014 in Birmingham, England and finished on June 9, 2014 in Belfast, Northern Ireland. An American leg of the tour was announced in April 2014 starting in Boca Raton, Florida and finishing in Toronto, Canada, however this leg was cancelled so the group could continue work on their next album. 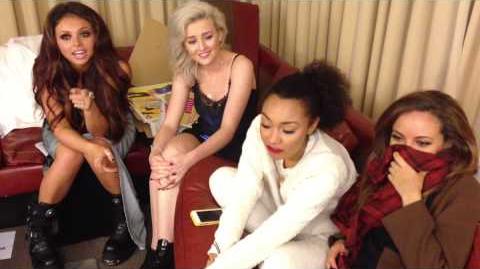 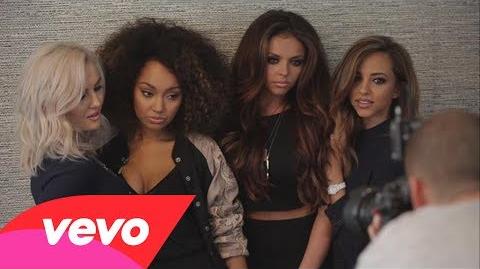 Little Mix - Behind the Scenes Photoshoot

Retrieved from "https://littlemix.fandom.com/wiki/Salute_(album)?oldid=42441"
Community content is available under CC-BY-SA unless otherwise noted.