cbs.com
The Late Late Show with James Corden, also known as Late Late, is an American late-night talk show hosted by James Corden on CBS. It is the fourth iteration of The Late Late Show. Currently airing weekdays in the U.S. at 12:37 a.m., it will follow Late Show with Stephen Colbert in the CBS late-night lineup. It is filmed in front of a live studio audience from Monday to Friday at CBS Television City in Los Angeles, California in Studio 56, directly above the Bob Barker Studio (Studio 33). It is produced by Fulwell 73 Productions and CBS Television Studios.

Little Mix appeared on the show and performed their single Black Magic on August 17, 2015. 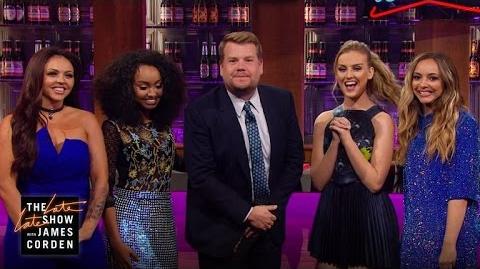 Little Mix on the Zayn Breakup, Performing with Taylor Swift 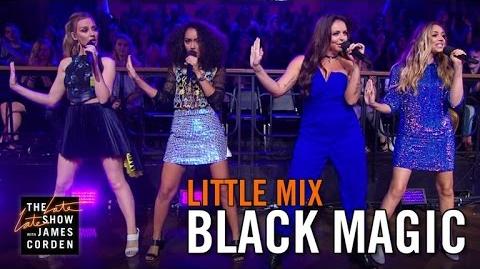 Little Mix appeared on the show and performed their single Touch on March 29, 2017. 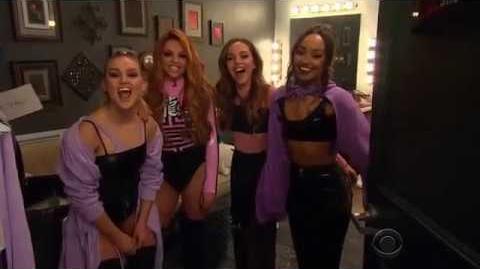 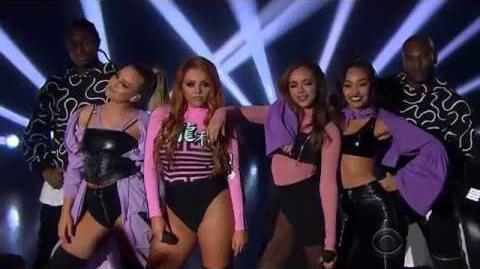 Little Mix performed their single Bounce Back on June 19, 2019.